Crisis communication: Are we ready for a corporate earthquake? 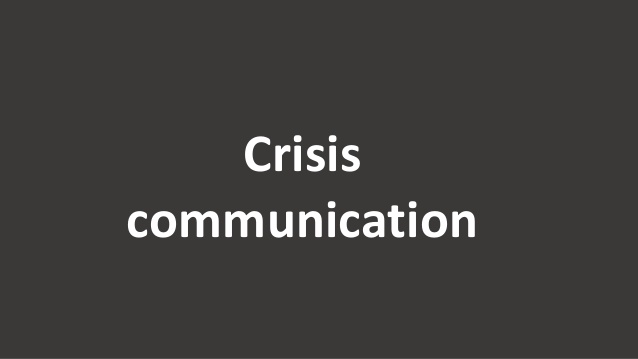 Some years ago, a former teammate of work told me he was very excited about his new job at a major company. It was the opportunity he had long sought and in a few days would come true.

It was his first day of work and had not come to take your taxi to go to work when he stumbled and fell sharply on his body, trying to get up on the right foot did not respond. His diagnosis: sprained ankle, recovery time: Twenty-five days rest. Plus point: to have health insurance.

This crisis situation obviously could not be predicted as many others that happen from time to time. If you moved the corporate field, a crisis in communication can have a negative effect on the brand in addition to significant economic losses.

According to the Crisis Management Institute, only 14% of corporate crises are sudden, ie, derived from random events such as natural disasters or unforeseen circumstances beyond the control of company personnel.

A clear example of crisis, we have just seen in the spot that gave Coca-Cola a few weeks in which participated the Spanish actor Gotzon Sanchez, known for publicly supporting ETA prisoners ago.

In that spot, he was the father of a teenager who told him he had grown up and was able to make their own decisions, and become a fan of Atletico Madrid. The soft drink brand that has always been distinguished by its familiar tone and good vibes did not realize the political preferences of Sanchez, because as pointed out in a statement, not usually investigate these aspects when they hire an actor.

Because of this aspect, the anti-terrorist association Dignity and Justice, asked the president of Coca-Cola to withdraw the advertising campaign. The company acted immediately and apologized if it was uncomfortable to his followers and the general public.

Every company may be subject to a “corporate earthquake” in communication, however, a crisis management plan with well-established stages can reduce serious consequences.

When developing this document, remember to include seven aspects:

The analysis of potential risk scenarios, preparation and constant updating of the Plan Crisis Management can not prevent such acts of God, but they can contribute greatly to anticipate and reduce the impact of a blow to the reputation and economy of the organization.