Marketing is “Recycled”. The Ecological Fashion of Coca-Cola 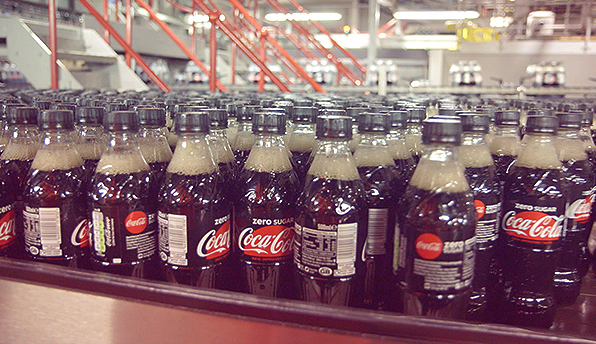 The Coca-Cola company has launched a really interesting and above all ingenious initiative with the objective of demonstrating and setting an example on its awareness of the environmental aspects.

Coca-Cola that has been pointed on several occasions with the finger and accused because of the fact that their plastic bottles pollute the environment too much, now they have decided to carry out an intelligent maneuver using this material to “reuse” it as a raw material in the creation of “rPET”, a new clothing line from the own brand that is presented under the concept “Drink 2 Wear”, Drink for Dressing and that uses “printed designs and messages” with the aim of promoting the recycling of used bottles in renewable and reusable products.This type of rPET products recently presented are just one of the many initiatives underway to support the global goal of Coca-Cola to recycle or reuse 100 percent of its bottles and cans in the US market.

The company has invested more than 60 million USD dollars in this country to support recycling programs, including the development of the world’s largest bottle-to-bottle recycling plant in Spartanburg, South Carolina. Stuart Kronauge, vice president of marketing of Coca-Cola North America has highlighted the objective of this initiative which is also trying to convey this message of awareness to people where “recycling a few bottles can do much to help preserve the environment.” these ingenious t-shirts also add other products; messenger bags, caps, bags and notebooks made with recycled material from their plastic bottles and that are part of a merchandising line of the company itself.

The Coca-Cola CompanyIt has a history of packaging design in which the environment was taken into account. The majority of Coca-Cola containers are not only recyclable, but they are among the most recyclable in the world thanks to their high value as final consumption products. Coca-Cola has also continued to improve the effectiveness of its packaging as a resource. In 2007, the DASANI bottle was redesigned to reduce its weight, which reduced the use of plastic by 30 percent, and the contoured bottle of 20 ounces (500 grams) was reduced by five percent among all brands.