E-commerce is preparing to live its great golden age 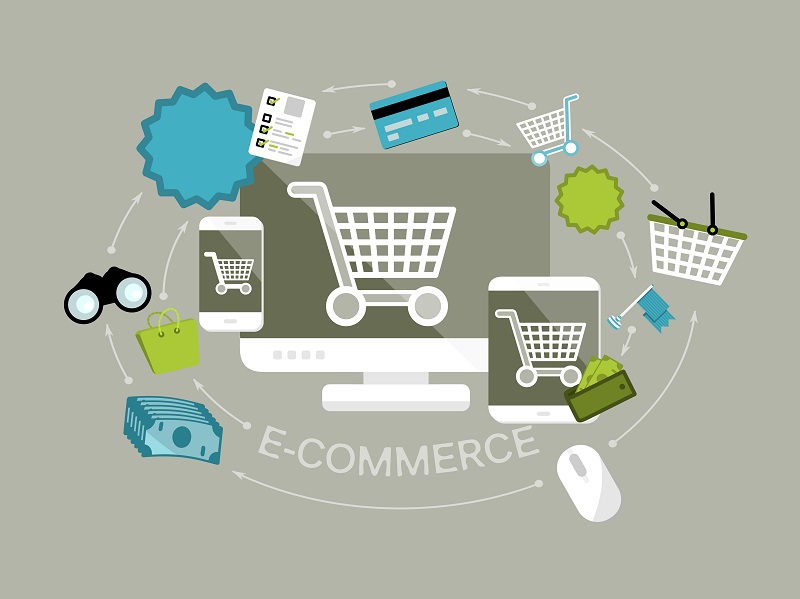 The latest data from the Telecommunications Market Commission (CMT) clearly reflects how electronic commerce in has reached a point of maturity and consolidation, from which the foundations are being established for what could be, the beginning of a authentic golden age not only in our country, but globally.

The impulsive buyer of the boom years, has now been a mature digital consumer, who uses the Internet to learn more and buy more selectively.

According to the data of a recent report developed by Invesp, 73% of consumers prefer to make purchases online mainly because it means a significant time savings, and 55% also says that through online purchases can access to exclusive offers and promotions where prices tend to be cheaper.

According to the data of Invesp, it indicates that more than 80% of online users have used the Internet to carry out some kind of purchase or contracting of products.

Among the products most in demand, consumers say that books or clothing are the items that will buy most during the next six months. In the shorter term, airline tickets, electronic equipment or tourist packages are the most demanded products among consumers.

The increase in sales of smartphones in 2010 was accompanied by an increase in consumption in mobile electronic commerce. Consumers feel increasingly comfortable with their smartphones, and each time the use given to these devices is extended to other functions beyond their basic utility of speaking or sending text messages.

Now, the new trends of mobile users clearly show how the mobile phone has become a tool of greater utility when it comes to making purchases, whether for consultation, comparison and research on products, as well as new technologies already integrated into some devices that allow transactions and payments to be made in purchases.

Smartphones help consumers buy smarter and users are more likely to take their mobile devices to stores every day. In fact, two thirds of Smartphones owners have used their devices to make purchases and more than 80% have used them to help with the purchase decision.

Tablets: trend among consumers and promoters of marketing and mobile e-commerce

The penetration of tablets is already respectable and continues to increase. By the end of the year, 50 million of these devices will be in the market. Consumers use tablets for research and access to product information.

However, related research indicates that the Tablets begin to win the battle of online purchases to Smartphones. A phenomenon that continues to grow accordingly increases the number of these devices in the market.

In addition, usage trends reflect that tablet owners are making use of them for commerce and do so to a greater extent than Smartphones owners. Consumers are using the mobile for research before buying a product, but not for transactions.

The payment through the mobile will undoubtedly be one of the advances whose use will begin to spread more quickly when making purchases. In this sense, Compete points out through one of its studies that food products, clothing or service bills such as telephony, are among those most relevant to consumers when it comes to using mobile payment systems.

Men and women. They pull the shopping cart online

A recent Yunait report analyzes the profiles of online consumers, revealing clear differences between both genders. The profile of the Internet user woman who makes purchases through the network. This public is composed mainly of young urban women between 25 and 34 years of age and with higher education. Men use social networks mainly to search for information and secondly to express their complaints

Why buy on the Internet?

For consumers, the main advantage of buying online is speed, understood as easy access to products, navigability on the page and ease of purchase. Second, users can make price comparisons on the same page, compared to other products of the same range or the competition. Finally, consumers value the reviews and comments of other users.

The advantages of the online channel are also multiple for companies. In addition to the reduction of costs, e-commerce allows to have a greater knowledge of the client and its purchasing behavior. In this way, it is possible to develop customized promotional systems, adjusting the offer to what really interests the user. Another opportunity offered by electronic commerce is cross-selling, offering products related to what is being purchased.