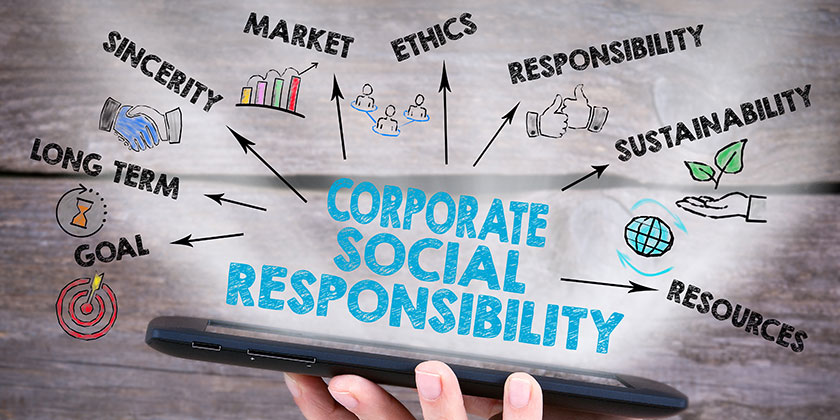 A recent study published by Weber Shandwick, one of the largest public relations agencies in the world, reveals that the majority of the CEOs of the most important companies worldwide (64%) are not “social”. “, That is, they do not use the digital environment and social media to contact and converse with their main stakeholders. The study “Socializing Your CEO: From (A) Social to Social” analyzes the publicly visible communication actions of the top executives of the 50 leading companies in the world.

In reference to this study, Leslie Gaines-Ross, director of reputation strategies at Eber Shandwick and online reputation expert says, “There is strong evidence that CEOs are not currently silent; they are mentioned in the press of the sector, often they are spokespersons in congresses or, they participate in forums of business schools. But when it comes to digital communication, CEOs are not yet “socialized,” often with a good reason. ”

At the same time, Gainess-Rosss adds, “If we continue to closely monitor the rise of ‘social CEOs’ and as CEOs become more comfortable with the new media, we believe that this will change and that it will change rapidly.”

A limited group of “social” CEOs

Approximately 9 out of 10 CEOs of the top 50 companies in the world (93%) routinely use traditional forms of external communication: 93% are cited in most industry and news publications and 40% have participated in concerted conferences towards an external audience and not an investor.

However, online communication did not suffer the same fate in the management circle. Most of the online visibility of CEOs is limited to what appears on them in Wikipedia: a collaborative encyclopedia based on the Network and whose content is not responsible for the CEO or his communication team. If we discard Wikipedia, we get that the CEO’s online space is quite deserted: only 36% collaborate through the websites of their companies or in social media channels, either as “messages from the CEO” on the company’s website, through videos / podcasts on these web pages or participating in corporate channels on YouTube, Twitter, Facebook, LinkedIn, MySpace and corporate blogs.

How is a social CEO?

The study identifies the following characteristics in a “social CEO”:

What online channels do social CEOs use?

When CEOs acquire a social profile, most often post their letters or messages on corporate websites (28%). The content of these letters focuses mainly on corporate news and about the CEO’s leadership. On the other hand, social CEOs tend to appear in videos or podcasts on corporate websites or on corporate YouTube channels (18%). Less than 10% of the CEOs studied studied Twitter, Facebook, MySpace, LinkedIn or participated in external blogs.

“It’s no wonder that CEOs are less willing to participate in social media because of the potential risk and the time required to interact in two-way conversations,” says Chris Perry, president of Digital Communication at Weber Shandwick. “However, the surprising thing is how some CEOs use these technologies as means to share information and the company’s perspective. These are tools with an influential potential for real-time communication. ”

Why do not CEOs develop a more social profile?

According to Gaines-Ross, “there are several reasons why CEOs are not more social: on the one hand, they prefer to spend their time on clients and employees. Also, its reputation has reached historical lows among the general public. And, finally, the profitability of the investment has not yet been proven, so legal advisors warn that everything that looks like “celebrity CEO” is a situation with no way out. ”

Why socialize your CEO?

There are compelling reasons why CEOs should adopt a digital profile. “In this increasingly digital era, CEOs should adapt the value of online connectivity with customers, with talent and with other important stakeholders. With 1,960 million Internet users worldwide, CEOs should be present in everything that people observe, read, talk or listen to, “says Gaines-Ross.

“Our study of the most prominent CEOs worldwide reveals that traditional media are still the preferred markets for CEOs for their external communications. However, a change is taking place in the way that CEOs are associating these traditional media with social networks and other channels through which they can reach a greater number of stakeholders and show human image, something that is necessary ” says Gaines-Ross.

Almost 4 of the 10 “most social CEOs” who have participated in the Weber Shandwick study may be pioneers at this time, but in the short term it is expected that the leaders who represent their companies do so as transparently as possible. The “social CEOs” will soon be something quite accessible ..

How to socialize your CEO

Weber Shandwick recommends “six rules to follow” by CEOs to improve their social reputation and interactivity:

1. Identify the best online practices of your colleagues and the best social communicators. Establish and look for new challenges.

2. Start with the basic principles, such as online videos or photos. Take an inventory and incorporate existing corporate communications for an online retrofit.

3. Test participation in social media. You must know what you are facing before you get going. Start internally even though you should be aware that communications to your employees can be expanded externally to your company.

4. Decide in advance how much time you can devote to “be social”, since it can vary from once a week to a table to a quarter or even less. You must judge for yourself what you think is most convenient.

5. Use forms of expression that capture the attention of the public you are interested in addressing and humanize the reputation of the company.