Jul 5, 2016 Corporate Manual, Practices, social networks, What to include 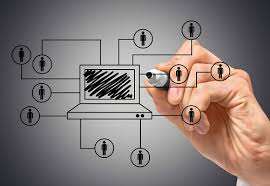 Dancing figures of how many users are on social networks and how they are used is constant. A recent study by The Cocktail Analysis under the heading “IV Observatory wave of social networking” concludes that 91 percent of Internet users have an active account in any Social Rede, and the average is 2.3 accounts user. But regardless of studies, it is a reality that we can observe in our environment, that social networks are a sociological phenomenon that has changed the way we communicate.

In this scenario, it is obvious to conclude that many of the employees of any company are in any Social Networks. Despite this fact, few companies serving this phenomenon and have a Corporate Manual of Good Practices in Social Networks and therefore:

For these reasons, it is important that businesses have a Corporate Manual of Good Practices in Social Networks to raise awareness and involve employees in the communication strategy 2.0. And what must indicate this policy guidelines on use of social networks for employees ?. The following points should be included, both to avoid a crisis of reputation online, to get employees to promote corporate network communication:

To prevent online reputation crisis by comments from an employee:

To help the company in its communication strategy 2.0, we can encourage employees to participate in social networks and to disseminate the contents published by the company accounts in different social networks where you are or Internet content, such as web or corporate blog. And when it acts in this regard, we should give policy guidance in our corporate manual, such as:

And you believe what aspects are important to include in a Corporate Manual of Good Practices in Social Networks?