Big brands who got it wrong 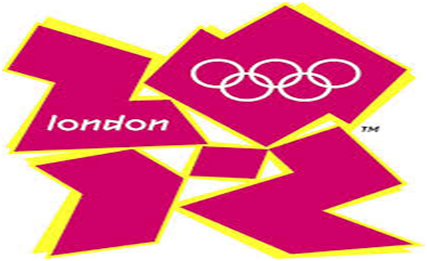 A brand is the public face of a company and as such should be treated with the utmost respect and caution. To rebrand is sometimes necessary if you have a new mission or want to diassociate yourself from something negative, however, it is not to be entered into lightly and could spell disaster if you don’t get it right. Here we take a look at some of the biggest rebrand fails of all time.

When the Sci-fi channel decided to change their logo to Syfy, they clearly hadn’t done their research. Unbeknownst to the them, syfy is a slang term for syphilis! They had just named their channel after an STD – never a good move. Their thinking was that the younger, tech-savvy viewers would text it this way so they thought they were being ‘cool’ and also that they could trademark the word Syfy but not Sci-fi. The viewers hated it, it was a marketing disaster and they ended up reverting back to the original name.

Andersen Consulting in the US split with partners Arthur Andersen and decided to let a marketing consultant pick their new name. They ended up with Accenture which has been viewed as one of the worst rebrandings in corporate history. It is so generic and tells the customer nothing of what they do. It’s just a silly corporate, meaningless name. It cost $100 million to execute and wasn’t worth a single dime. To get your branding just right, think about contacting a Brand and Strategy Innovation Agency. For more information, visit www.lightbulbinnovation.com/.

Sometimes you just shouldn’t mess with the classics and this can definitely be said of the Olympic games. When London revealed their logo for the games in 2012 it was met with resounding disappointment. The designers wanted to jazz things up and bring the games into the modern era, thinking that it looked young and energetic. Unfortunately most people thought it was ugly, meaningless and not in keeping with the style of the games. That was $800,000 well spent then!

Mastercard was another big business name who decided to dabble with their logo and got it all wrong. They had a unique and extremely distinctive brand logo that they traded for something that looked over complicated and messy. Sometimes simplicity really does work and the new fussy logo drew so much criticism that the company decided to revert back the original logo on their credit cards and keep the new one just for business communications.

Gap also made the decision to update their brand and a new design was conceived that looked like a child had made it. Their iconic look was replaced with what they thought was a more modern look but they received so much negative feedback on social media that the decision was taken to revert back. What a waste of time, effort and company cash.

Tropicana did the same thing with a new packaging design which meant that their original, iconic look was replaced with something that didn’t stand out and looked like all other juice products. This new look wiped out all the brand’s personality and history and set them back $35 million in the process. Guess what? They soon reverted back.