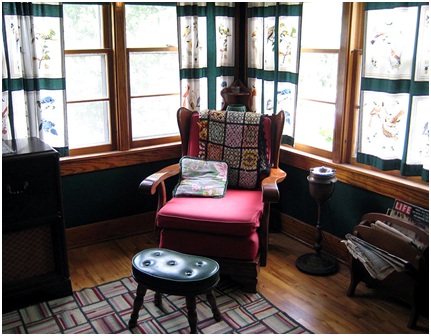 The post-Second World War period, from the mid-1940s through to the 1950s, was a time when Britain started to slowly shake off the debilitating effects of the war and re-emerge economically and socially. The years after the war ended in 1945 saw huge cultural changes, with the end of rationing, the emergence of ‘the teenager’ and of course rock and roll. As the economy recovered, people finally had disposable income for holidays, furniture and clothing.

And 1951 saw the Festival of Britain, organised by the government to promote British innovations in technology, science, architecture and the arts and as a way of boosting both business and morale.

The Influence of Modernism

Today it’s a time that we look back to and are inspired by. The mid-20th century saw the rise of many of the design names that we are now familiar with in the Modernism movement that covered the 1930s up to the 1960s – Charles and Ray Eames, Le Corbusier, Eileen Gray and Mies van de Rohe. The influence of Modernism spread to just about every aspect of design, from coffee tables to lights, coat hooks to clocks and architecture to fabrics. Even garden design wasn’t immune from its influence.

Out with the Old

Designs from the Modernism movement are characterised by a move away from the heavy dark wooden furniture of the Victorian and Edwardian eras, and new techniques and materials appeared. Gone were fussy details and formality, and in were practical features and comfort. Designers innovated with the use of plywood and metal, for example, as seen in Eames chairs like the now iconic lounge chair and Ottoman and the DKR dining chair.

Of course, buying an original piece is beyond the budgets of most people, as they can run to thousands and thousands of pounds, but thanks to top-quality reproductions such as those from Pash Living, buying into the look of the period is now far more accessible. Reproduction Eames dining chairs will set you back less than £100.

We’re talking about designs that won’t date either – the simple beauty of these Modernism designs has held its appeal for nearly 80 years. Don’t just look for a bargain – apply the same logic you would to buying any item of furniture. It should be good-quality and well-made, practical and comfortable.