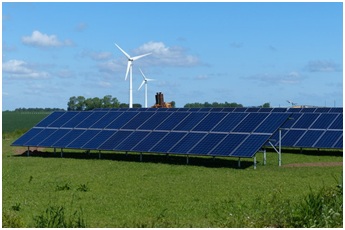 More than eight million people are employed throughout the world in the renewable energy sector. Falling costs have harnessed more interest and have led to a five per cent growth in employment in 2015, according to a report from the International Renewable Energy Agency (IRENA).

The US is leading the way, with more than 769,000 people employed in renewable energy compared with 187,000 workers in the oil and gas sector. This gap is set to grow even wider, with jobs in solar and wind power growing by more than 20 per cent last year while oil and gas jobs fell by 18 per cent.

112,000 people work in renewables in the UK, according to IRENA. This makes the UK the largest solar panel installation market in Europe and the second-largest solar employer; however, the eurozone economic crisis and the reduction of subsidies are affecting the industry.

The solar photovoltaic industry was the biggest employer in the renewal energy sector, with 2.8 million employees globally. Liquid biofuel was the second biggest, with 1.7 million jobs, while wind power came third with 1.1 million workers – five per cent up on 2014. China leads the way with 3.5 million jobs, followed by Brazil and America.

The world is increasingly looking for new ways to produce energy, as fossil fuels are running out and are also harmful to the environment. An IRENA report about fossil fuels found that doubling the global share of renewable energy by 2030 would save up to four million lives and $4.2tn (£2.9tn) a year.

Solar panels in Northern Ireland are proving popular, as they are eco-friendly and may cost you nothing. You can get solar power through a lease that you pay back to the lender by allowing the lender to use the excess energy, or you can sell excess energy to a main supplier. You can use solar panels in Northern Ireland to produce electricity or heat and you can even get transparent solar energy windows.

The panels are also long-lasting and do not need a lot of maintenance; in addition, harnessing the sun, wind and water makes the most of the natural elements around us. These are unlikely to ever run out, unlike fossil fuels.

Planning and Organising a Party