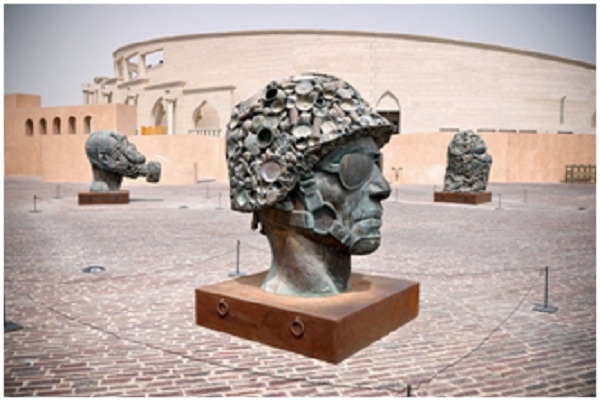 The design shortlist for Qatar’s prestigious Art Mill project has been announced, representing some of the top international architectural practices. 498 submissions were made for the project, which will see the redevelopment of Qatar’s old flour mills. This was narrowed down to 28 during the first judging stages, with the final eight announced this month.

The original intention was to select five architectural practices for the third stage of the competition; however, the nine-member jury elected to expand this to eight practices.

The submissions from each company will reveal how they have interpreted the brief, which called for the architects to redevelop and reuse the existing buildings to create a new museum space housed in Qatar’s former flour mills. The client, Qatar Mills, is looking for designs that are sensitive to the mill’s history, according to the Qatari Doha News.

The submissions are likely to include 2D plans and 3D visualisation, which will enable the client to acquire a full understanding of the architects’ plans for the museum, including gallery and exhibition space, conference and education facilities, and outdoor space. Many of the practices will have their own in-house teams for design elements such as the visualisation; alternatively, they may outsource work to specialist companies such as http://www.redandgray.co.uk.

The designs will be released in September, along with the announcement of the winner and the final budget. The judging panel, like the shortlist, has an international appeal. In addition to Qatar’s Sheikh Jassim bin Abdulaziz Al-Thani and Sheikha Al Mayassa bint Hamad bin Khalifa Al Thani, the panel comprises Harry Gugger, principal of Swiss company Harry Gugger Studio; Hassan Rashid Al-Derham, president of Qatar University; John Leighton, director-general of the National Galleries of Scotland in Edinburgh; Akel I Kahera, dean of Virginia Commonwealth University in Qatar; Chris Wise, director of London-based Expedition Engineering; Jasper Morrison, English designer of products and furniture; and Japanese designer Hiroshi Sugimoto.