The 7 Great Truths of Social Media 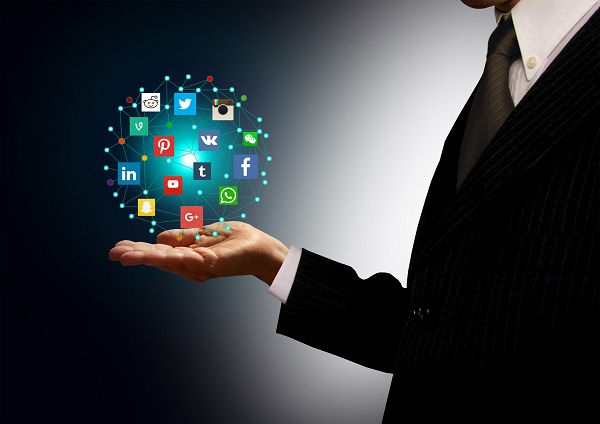 Every day we communicate with people we only know online, with whom we have never shared the same physical space, but for this reason these relationships are not true.

Social Media is not a dream scenario a world where what happens there has no relevance beyond; quite the contrary, what it happens has its significance in real life, is an extension of our immediate environment, which has revolutionized the way we communicate, to meet people and even to contact them:

The social networks serve to bring people closer and shorten distances. They facilitate instant communication between people, anytime, anywhere and from anywhere in the world. There are no borders or physical barriers that hinder the free flow of information.

They connect to brands and users, in the same plane.Who would say a little more than a decade ago that the marks would leave their particular Olympus and descend to the land of the mortals, would be accessible with their followers, who could communicate with their marks? From here, there is a substantial change in the traditional relationship between the company and the client, where the company cares about its users, listens to them, takes into account their requests and, most importantly, acts accordingly.

It’s not a dating site.As in any real-life setting, communication between two people can give way to a sentimental relationship, but Social Media is not a place explicitly intended for that. Social networks are an environment in which to meet and establish contact with people, although this is not an end in itself, but an open area for communication, sharing; which can evolve and take on a more personal character …

Not everything that is said is necessarily true.What is published in social networks is not an indisputable truth; this new power has given voice to users, the power to express themselves, generate content and make their opinion known, which does not imply that they have been granted the gift of absolute certainty. The personal conversation has been transferred to the social level, taking a 2.0 dimension; but the essence is not lost, it is still a conversation, so it is not necessary to consider as true all that is transmitted through them. It is a field where you have to seriously consider the source, contrast ideas and expand information on each issue. In favor is that we can go directly to the sources of relevance, and obtain first-hand quality information.

In this environment people can do a lot of damage. This medium is characterized by anonymity, where anyone can act under a pseudonym, or using a false personality, which can encourage those with bad intentions to harm the online reputation of a company or the good name of anyone who proposes . Simply pour negative opinions, or derogatory comments, with no real basis whatsoever. This means in itself brings credibility to the information.

It is necessary to always apply common sense.It is key to maintaining sanity in the online world. Rate the quality of the information you access, verify the source. When taking an active part, keep in mind your recipient, listen to him, attend the requests of your environment and provide quality content. Gain the confidence of those around you, thus gaining their respect, and your actions will attract new followers.

Raise honesty as a flag. Practice honesty, go with the truth ahead. The lie has very short legs, it is a cancer that spreads rapidly, and can end all the positive aspects that surround your brand.

You have to know how to swim and save your clothes.It measures the repercussions of your actions, evaluates the different options presented to you and acts with caution; always taking into account who you are, who you are going to and what you are trying to achieve.

Social networks are a true reflection of reality, act as a means to favor relationships, which can become very productive. Here the communication of you to you acquires a new value that, well managed, benefits all the actors. What other main features would you highlight in the 2.0 world?